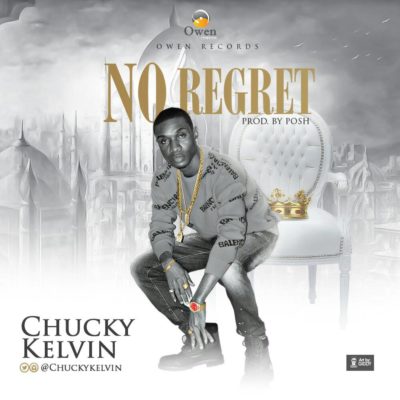 Chucky Kevin teams up with sound engineer Posh for this creation of intelligence, powerfully rendered by the burgeoning talent, mixed and mastered by Indomix.

The video of ‘No Regret’ was also directed by one of the most sought-after cinematographers in Africa,Adasa Cookey who interpreted Chucky Kelvin’s constructive lyrics into a perfect flick.