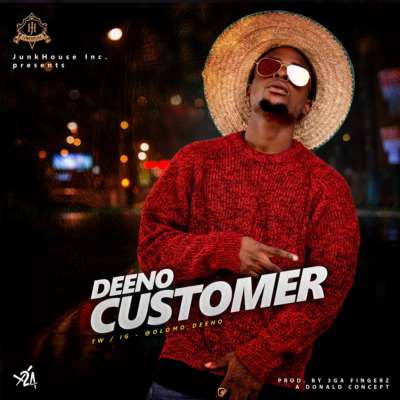 Calabar’s frontline Talent Management company, JunkHouse Entertainment is starting the new year with a bang from one of its newest addition to the team. He is called “DEENO” and he is everything you can ask for.

Born Promise Ekpe, DEENO is a gifted singer and song writer from Cross River State. Currently, an undergraduate of Cross River University of Technology (Crutech). DEENO grew up listening to different genres of music and fell in love with the sweet melodies of Afro beats which helped him create a unique contemporary Afro-pop sound for himself. He is Young, God fearing, fun, creative and spontaneous. Best described as a fine combination of Talent, Determination and Swag, DEENO is set to make history.

“Customer,” is his first official single under JunkHouse Entertainment and would be part of The Empire LP, a compilation of songs from artistes under JunkHouse. It is a smashing Afro-pop tune, with quite catchy lyrics and hook from DEENO laced with good production from 3ga Fingerz (one-half of the JunkHouse In-house production team). The song is a markedly amazing debut for the young man, making him a talent to look out for in the near future.

Its definitely a party anthem, that is sure to make it to the top of DJs’ playlists.

Also attached is link to the lyrics video made by Culture Inc.