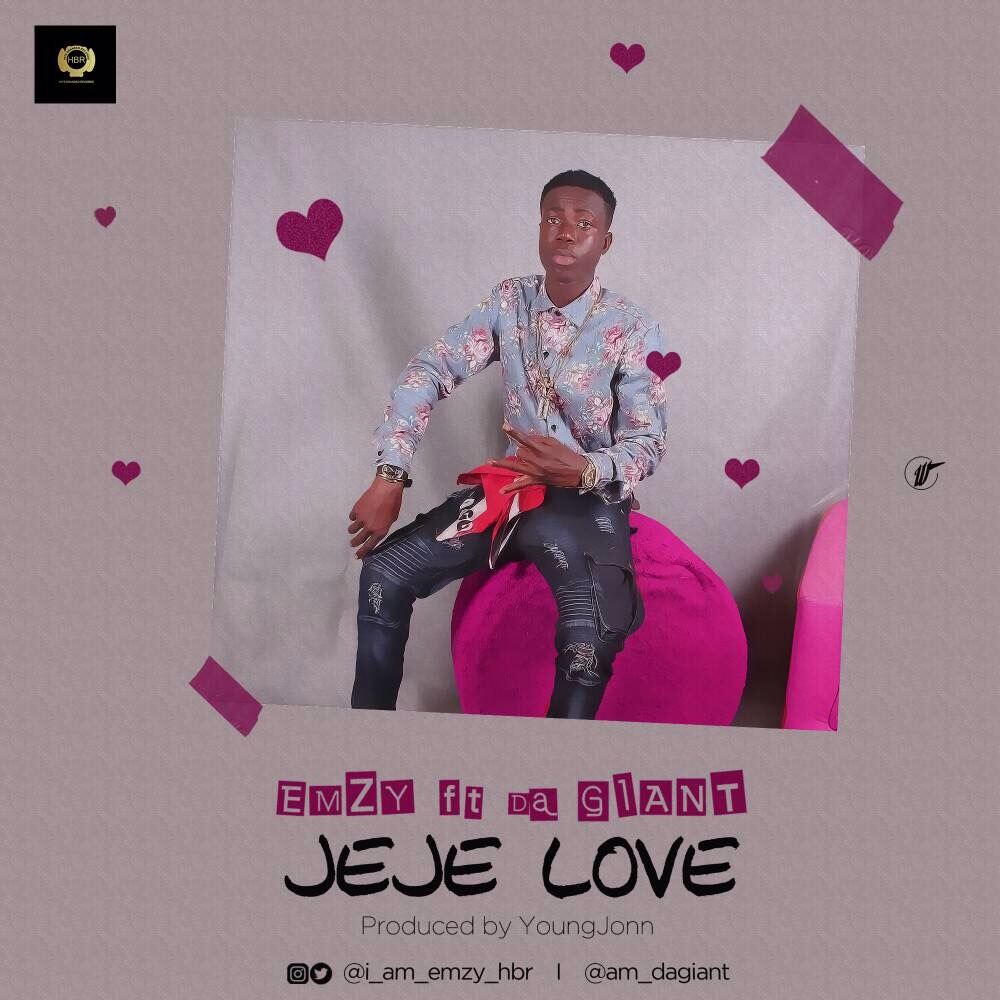 His collaboration with Da Giant showcased the two acts’ immense knowledge and deft about their crafts, they co-existed on the track and eventually produced big musical statement that leaves lasting impressions in the minds of music listeners and lovers.

Emzy shows his amazing talent on the Young Jonn-produced single. ‘Jeje Love’ is a song anyone can relate with and it further established Emzy as an artiste to watch out for.

‘Jeje Love’ to Emzy, is just a tip of the iceberg and he has promised to keep churning out more songs that will stand the test of time. “I’m here to deliver good music that will not only make everyone happy, but make everyone hanker for more,” Emzy noted.

Without wasting any time, Emzy released the official music video of ‘Jeje Love’ together with the audio. The flick was conceptualized and visualized by Sir Mobzy who directed the video to suit the lyrics and feel of the song.

‘Jeje Love’ will definitely put Emzy ahead of his fellow burgeoning musicians in the Nigeria Entertainment Industry.

Follow @i_am_emzy_hbr on all social media platforms to keep up with his activities. ENJOY!