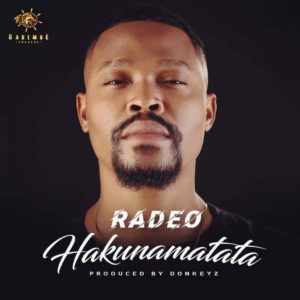 Lord Omega ‘Radeo’ may have had the breakout year that many only dream of in 2017. Radeo’s career technically began in 2014, with his “Money & Power” and the little buzz he had then got stronger still with his “Buga & Allow Me” in 2015. But it was Radeo’s gorgeous collaboration with Reminisce, “Gentleman,” that officially put him in the ears and hearts of fans. Rising singer/songwriter Radeo is certainly following a unique one.

The afrobeat anthem finds Radeo grinding, shining, and dancing again. The dance-centric music video, directed by Clarence Peter, speaking about the direction of the visual his goal was creating a more abstract vibe that visually mirrors the song and the band is almost in the background. It’s Much Music Less Talk!

Check out the official music video for “Hakunamatata” below. @officialradeo