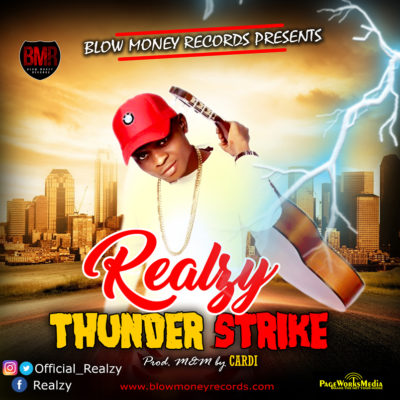 The BMG Version is well-blended sound & dope rhythms, which is an upgrade from the previous version.

The Kpere crooner, REALZY is an Afro-pop singer, song writer and an indigenous rapper, with birth names Ridwan Muili Olanrewaju. He has carved his style in the Nigerian music industry, He has so far dropped 3 singles Mentorship, Thunderstrike & Kpere under the label.

This song was produced by Cardi, mixed and mastered by Hanno an in-house producer and the video was shot somewhere in Lagos-Nigeria by Mic Phillips Films.