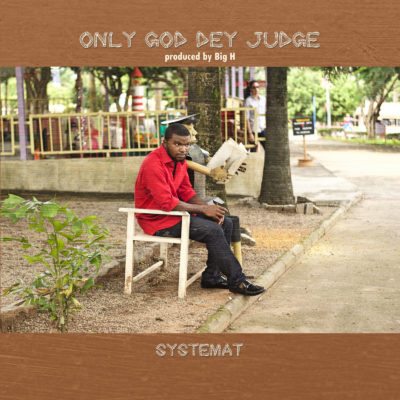 Abuja-based recording artiste, Systemat, releases a new single, the Big H produced number titled “Only God Dey Judge,” which comes with accompanying visuals as directed by Systemat himself and Wankynd; inspired by Tupac Amaru Shakur (also known by his stage names, 2Pac and Makaveli, the American rapper who has sold over 75 millions records worldwide) who had a huge influence on his drive and work ethic, Systemat says, “I just wanted to make a more upbeat and Nigerian version of his song titled ‘Only God Can Judge Me‘. Now more than ever, we live in a judgemental world so I hope people can connect to the song because sometimes people get tired of caring about being judged and just do what they really want to do and aren’t bothered with what people will think of them.”
“Only God Dey Judge” is currently available across various digital stores (Youtube, Vevo, iTunes, MTN Music Plus, Apple Music, Spotify, Deezer, Amazon & Tidal); listen up, watch and share your thoughts. | ENJOY!!!
Get audio below