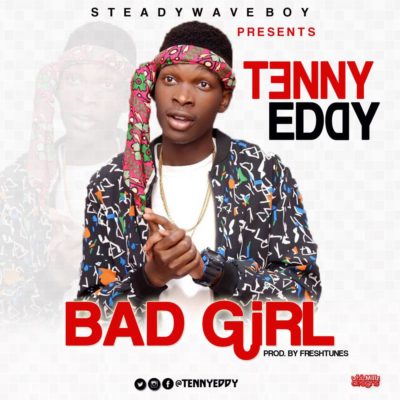 17years old Tennyson Eddyson with his Stage name Tenny Eddy. The Steady Wave Boy who hails from Edo State, Nigeria. Who did most of his child hood in Kogi state, Delta state and even the capital territory Abuja, got the whole industry asking, with this massive tune he dropped Titled Bad Girl prod by fresh tunes which he also deliveres a mind blowing Visual.. His child hood days wasn’t easy Cox he Spent most time in the street hawking pure water, bread and groundnut he said those days inspired him never to give up on his dreams as the 17years old is left alone with his mother, when asked if the death of his father slowed him, he said God gave him the courage to continue but it wasn’t easy.. Believe me Tenny Eddy who calls him self the Steady wave boy has really giving the industry what to look on.