Ay.Com – For Better For Best 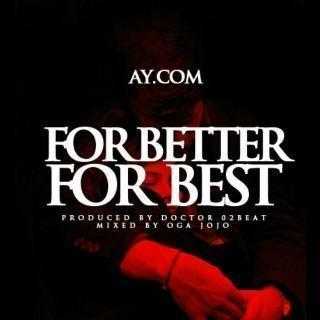 Ayoola Johnson popularly known as Ay.Com is a highly rated singer, rapper, songwriter, in the contemporary Nigerian music industry. His career started in the early 90s and has since then became an eminent force to reckon with in the entertainment industry in Nigeria.

His debut album, Pass Me Ur Luv, was a successful hit. To shows that he is not slowing down in 2016 AY.COM drops this powerful tune which would definitely rock the airwaves. The tracks is titled “for Better for Best”.

Ay.Com – For Better For Best