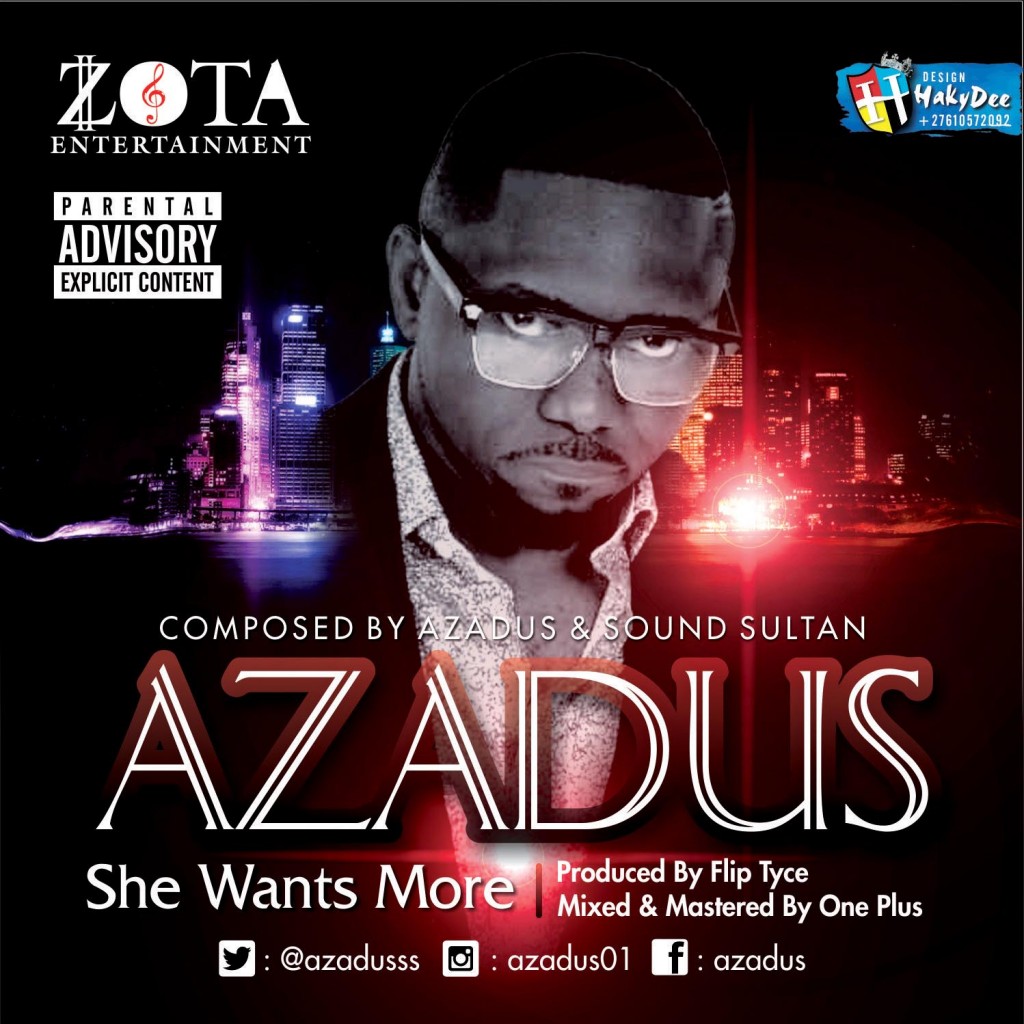 One of Nigerian’s Pioneer of hip hop music, Olalekan Fadeyi also known as Azadus, he is back after a long hiatus from the music scene. Azadus broke into the Nigerian music scene with his smash hit “You Is The One” which was one of the biggest songs at that time. Azadus is here again with a brand new single titled “She Wants More” and he features another veteran Sound Sultan.

What more can you expect from two guys who have produced hit singles before and here they are collaborating on a song together. Don’t be left out on this beautiful tune as Azadus and Sound Sultan are here to thrill you with this lovely song produced by FlipTyce, mixed and mastered by One Plus.