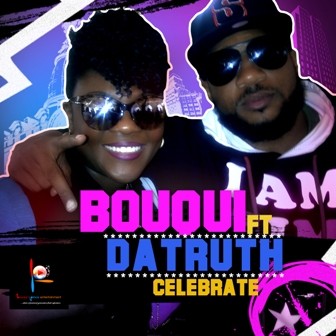 Apparently this is surely another set piece of takeover for Bukola Folayan popularly known as BOUQUI! The multi talented rap artiste who has held firmly to the female rap crown for years has just raised the bar once again with her new single titled Celebrate.

B.O.U.Q.U.I, having dropped couple of singles from her forthcoming double CD album “Marks Of a General & Eve Of Independence” is on the verge of creating another world record as the first female gospel rapper to release 4 albums and of course a double CD album, remarkable!!!
The song CELEBRATE is produced by VC PEREZ and mixed by Mix Master J with additional vocals from Studio and C Blaze.
DA T.R.U.T.H born Emmanuel Lee Lambert jr is set to drop his fifth studio album on the 29th of January 2013 titled LOVE HOPE WAR.