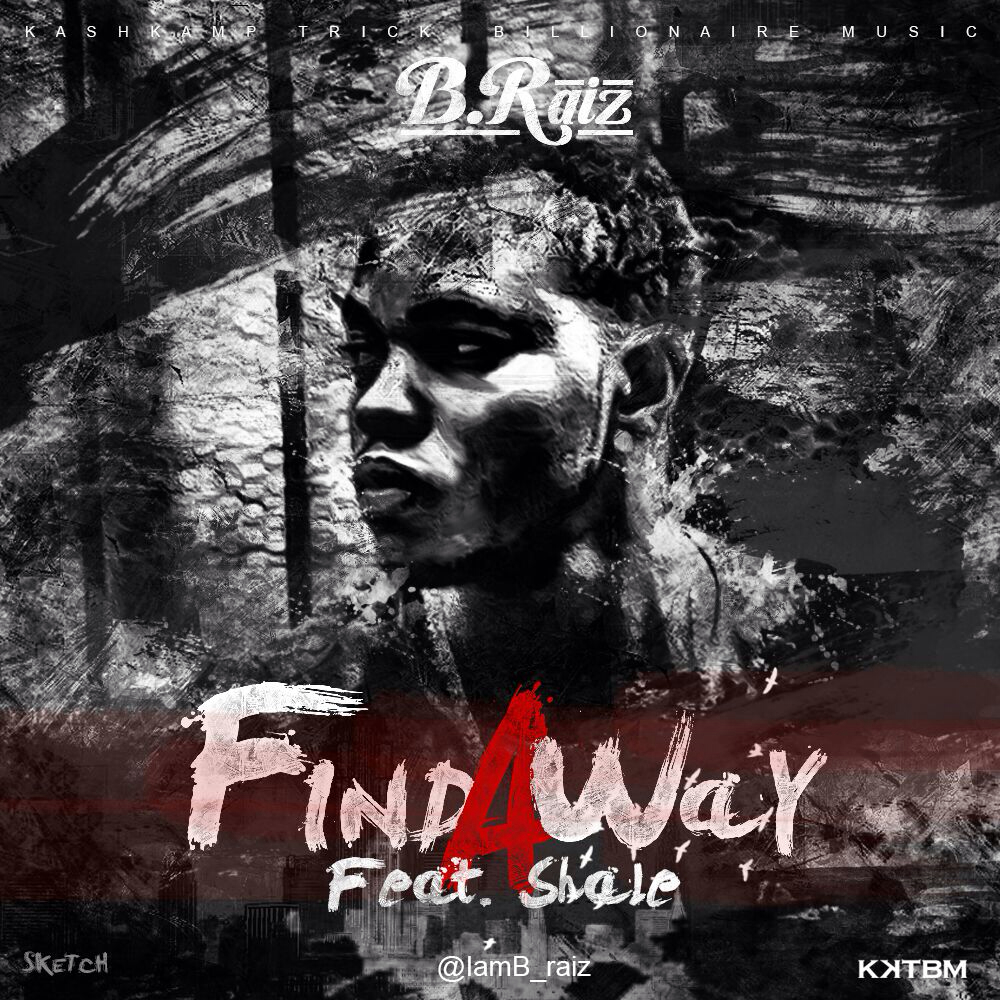 His love for rapping began at an early age of 11, B-raiz says his music was deeply influenced by 2pac, Jay Z , Ludacris and Nas , he started recording songs at an early age of 16. this has slowly helped him build his fan base around the southern regions of Nigeria where he grew up not failing to craft a distinct flow and a very dope delivery with each song.

B-raiz is ready to win over new hearts and conquer new shores with his music, he dropped a video for his ‘P Fizzy’ produced song titled ‘DREAMS’ late last year and went further to announce he had begun work on his first ever EP project titled ‘Lights, Camera & Hustle’.

The EP features collaborations with Artists from both South Africa and Nigeria and is set to drop before the end of the year . This is his first single off the project, it’s titled “Find A Way” it features South African female singer/songwriter ‘Shale’ and was
??
produced by ‘Knife Beat’.
It’s a hip hop tune with Shale on the hook, listen to B-raiz drop fierce bars over a vibrant hip hop beat which has the proper qualities to go viral. This song portrays his good qualities as a young aspiring rapper that could be able to create a path in the Nigerian Hip Hop scene if consistent.

Also watch the video trailer to the single ‘Find A Way?