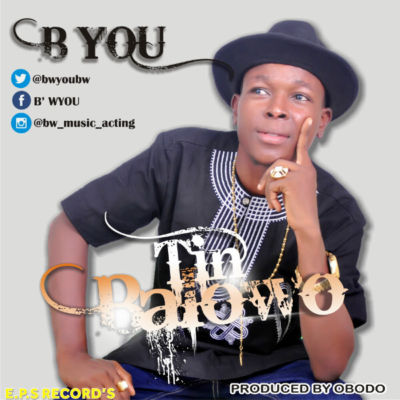 Akinwale Badmus aka B’ YOU is a Nigerian Musical Artiste with a distinct and unique musical ability. He was born in the late 80’s and hails from Osun State, NIGERIA.

His versatility and distinctive blend of Hip Pop, Afro Pop, Highlife, is influenced by Traditional African Music which appeals to today’s contemporary universal sounds while maintaining a clear African identity.
“Tin Balowo” is an Official Single/ Solo debut of B’ YOU. Song Produced by Obodo, the music producer who produced Oritsefemi hit song “Double Wahala”.
Download and Enjoy!