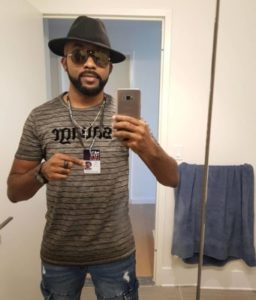 Banky W has revealed that he is currently working on an album titled ‘The Bank Statement.’ The singer revealed that  he started recording content for the album and that the title is one he has been meaning to work with.

He made this revelation during an interview with Oliseh where the singer talked more about his new single, Love You Baby, which he revealed he co-directed with his film school teacher at the prestigious film school in the U.K.

Banky also revealed his plans to take his film directing business seriously with a new short film which should be made public before the close of the year, revealing that the scripting is already on its way to completion.

However, it does not mean that he has closed the curtain on music making, especially not now that the “The Bank Statement” album is in the offing. The singer revealed that while he can’t leave music as it is his first love, he is open to explore other options like movies and do great in them.