Base One – Hustler ft. Kida Kudz (Prod by Xblaze) 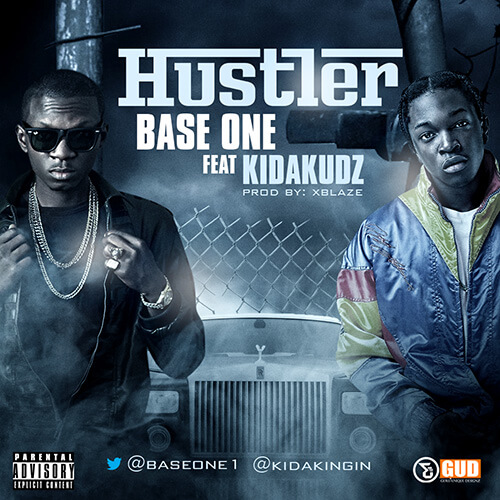 Lyrical lunatic Base One is back with another banging song, “Hustler”.
Featuring U.K based rapper and Peak Talent Show winner Kida Kudz; Base One goes hard on this track with his top-notch metaphors & lyrics – certainly bound to be a major favourite among hip-hop enthusiasts and music lovers across the globe.

With the captivating synths, thumping drums and the hook chants of “Hustler L’omo”, this jamming tune is definitely another beat classic by ace producer, Xblaze.

Base One is a unique Indigenous hip-hop artiste with previous singles like “Surulere”, “Werey Re O” and “The Coming”. and He was featured by Olamide on his YBNL album and has also worked with the likes of Reminisce, Vector,Sossick, Nikki Laoye, Laylow, Beazy etc.