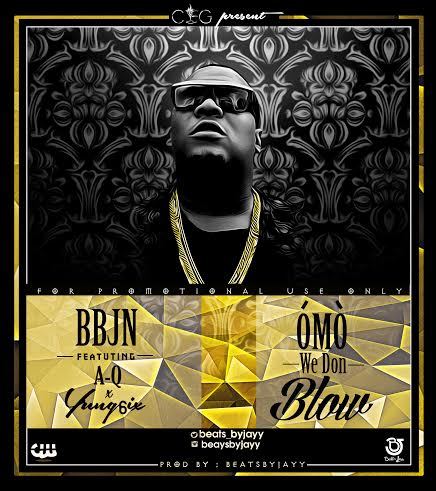 Talented producer/artiste BBJN (acronym for Beats by Jayy Nation) has been on different platforms as a producer and songwriter, taking choruses for most the artiste he has produced for. He has worked with the likes of Yemi Alade, Morell, Vector, Terry Tha Rapman, Maheeda, Sojay and more.

BBJN decides to take his artiste career to another level, with his unique vocals and style he presents the first single off his studio album titled “Omo We Don Blow” and features sensational rapper Yung6ix and super lyricist A-Q.