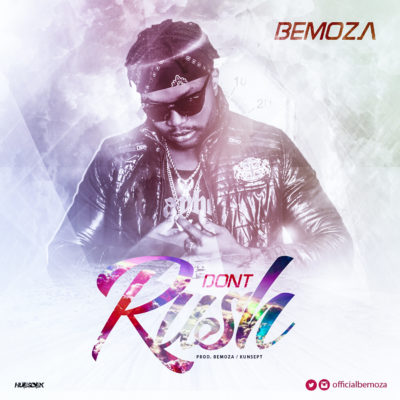 After four years since he released his debut single titled “Nyanga” that gained airplay all over the country and beyond,Bemoza the nyanga crooner makes a come back this time with a mid temple tune titled “Don’t Rush”a mixture of ghana and naija style, a song that will keep his fans dancing like never before.produced by his humble self and kunsept an abuja based producer,also mixed and mastered by kunsept..enjoy the sound as you download and share with friends.