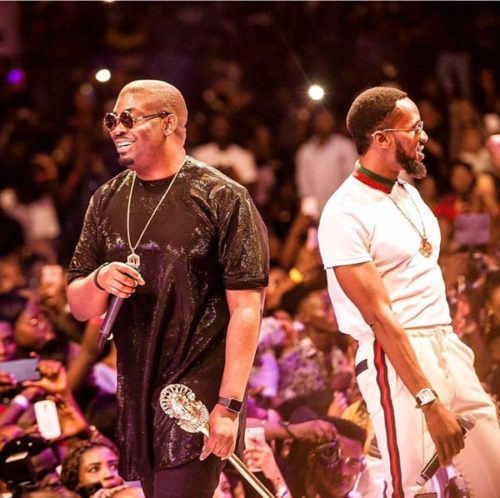 If there is one obvious thing that the music industry of Nigeria is blessed with that constantly puts joy in the heart of Nigerians, it has to be the admirable relationship between music artists and their producers which has brought fame for both parties.

In the history of Nigerian music, the relationship chemistry between the artiste and a producer has been a sweet-smelling savour to music fans and it is never-ending. Some producers have helped artistes attain a huge level of successes and vice-versa.

The likes of D’banj, Davido, Wizkid and many others can partly attribute their successes to the works of their producers. And the same goes for the producers too.

Nifemi is a graduate of the University of Lagos. He's a unique user of the pen when it comes to the expression of whatever. He is editor-in-chief of the organization and also a writer of news, articles, editorials and a lot more to help expand the level of knowledge of the readers and simultaneously have them entertained. A lover of music and football is who he is and a Man Utd die-hard.
Submit your comment
15 total pingbacks on this post
VIDEO OF THE WEEK