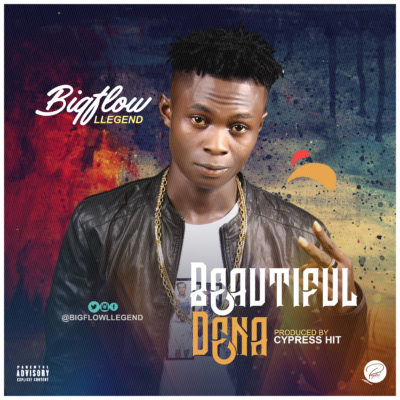 Victor Ologhodudu with stage name Bigflow Legend, is a Nigerian artist who hails from Sapele, Delta State. He has recorded a number of songs. He did His first recording in the year 2005, titled,
Die or live in the ghetto, Dangerous world, In the dance floor, Die for you, Party don start, Telephone my heart produced by DA beat,  and he also did a debut single in the year 2013 tittled, My Area. He has worked with a couple of Producers, the likes of XLB, Soft, Cypress hit, Ajarny, Da beat and others.
He has also done songs with Mallam Spicy, Tripple G, Willi Willi Master, Vakpo ranks, Classic A, YC, Lil Game, 2fingers, J flex etc.
Bigflows inspiration came from a legend the person of Michael Jackson who started singing early in his life and also has a powerful voice. Bigflow Legend started singing at an early age of 6,  and this has helped him grow musically. BigFlow Legend Is ready to Take the industry to another level with is new Single Titled “Beautiful Dena” Produced? By Cypress Hit.. It’s a must listening? and intriguing love tune.