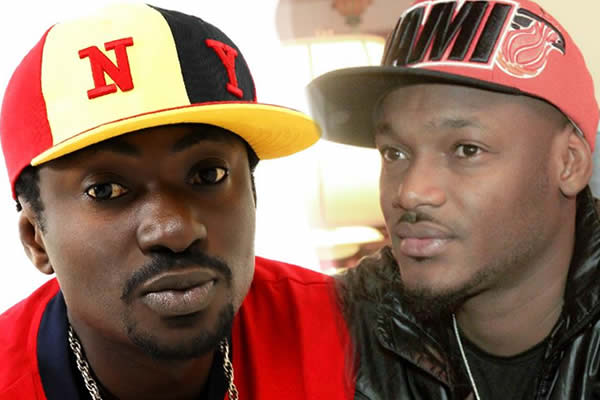 Black Face of the defunct boy band Plantashun Boiz has sent a cease and desist letter to 2baba, Faze and Ruggedman.

The singer took to his Instagram page to share a copy of the a cease and desist letter prepared by his legal team for Nigerian rapper, Ruggedman and former members of the now-defunct boyband 2baba and Faze.

According to the letter, Ruggedman has a show “The Foundation Concert & Awards” coming up on the 31st of September,2019 and 2baba and Faze have been scheduled to perform at the event.

The letter is to prevent them from performing any song by the Plantashun Boiz without his permission being the founder and main songwriter in the group.

Black Face explained that over the years Faze and 2baba have on several occasions, performed materials of PlantashunBoiz without proper predation and rehearsals and this has damaged the reputation of the band. The letter further stated that legal action would be taken if the singers do not heed to the warnings.

@2baba_official1 & @fazealone not to continue damaging the image of the #band and concentrate on performing works solely made by them individually and none from the #band or written by myself…thank you.

Over the years this act of going to perform materials of #PlantashunBoiz at events without rehearsals and proper preparations has prompted me and my legal team to sound this as an advice to @ruggedybaba @2baba_official1 & @fazealone not to continue damaging the image of the #band and concentrate on performing works solely made by them individually and none from the #band or written by myself…thank you. Mr Ahmedu Augustine

Olaosebikan Olabimpe is a News Writer and Content Creator at Tooxclusive. Her idea of a great day is to be indoors snuggled up with a book and good music. She is also a passionate lover of rap.
Website
Submit your comment
3 total comments on this postSubmit yours
Recent Comments
Popular Posts