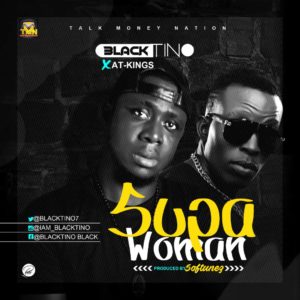 From The Stables Of TALK MONEY NATION front Artist Hamson Boley a.k.a BLACK TINO comes this new love rhythm titled SUPA WOMAN. This song is about that feeling you get when you find the right one, and this song saw BLACK TINO expressing his undying love for that special woman, after the previous song he dropped ODO YEWU that was widely accepted by his big fan base in the south he decided to drop this new jam for the Christmas festive season.

He also featured the amazing singer from the south AT. KINGS you can’t be disappointed after downloading this Jam Produced By the Award Winning Producer SOFTUNEZ.. BLACK TINO is a Rapper and a song Writer from Delta State Based in Lagos after relocating from Ghana Last Year.