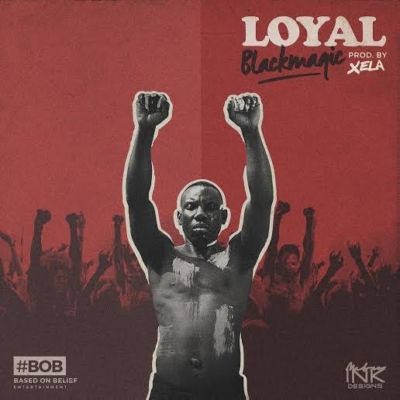 BOB Entertainment front man, Blackmagic officially releases his newest single “LOYAL” produced by Xela.
LOYAL is a Tribute/Gratitude song to the legends who contributed to the growth of the nation in every positive way, Blackmagic pays tribute to our long gone and living legends. He also shows gratitude to his #Loyal fans who have been with him from the very start, letting all of them know he is #Loyal and he appreciates the love and support he gets. LOYAL is a follow up to his last dropped single “Wonder”.
The Afro Centric rapper Blackmagic in the last few days has sprung engaging discussions and trends with fans on social media platforms with the hashtags trend #iLoyal & #Loyal with engaging conversations and photos of legends like Fela Anikulapo Kuti, MKO Abiola, Attahiru Jega and more with powerful quotes on loyalty.
As we all know already that today, the singer, rapper and song writer Blackmagic is a year older and in return, to show his appreciation to his #Loyal fans, he drops a brand new tune to celebrate his birthday with his well-wishers.
Listen, share and enjoy another hit track from the #BOB Entertainment Front Liner.