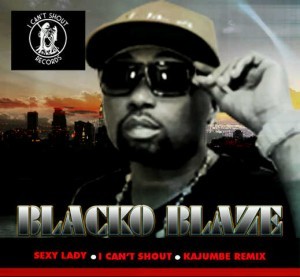 Blacko Blaze as been around for a while now ,i first heard about him on a single called kajumbe which he released couple of years ago along side ID Cabasa .Here is a new single from him Sexy Lady another hit single i must say ,with strong  publicity this song should be on the top 10 single for this month.