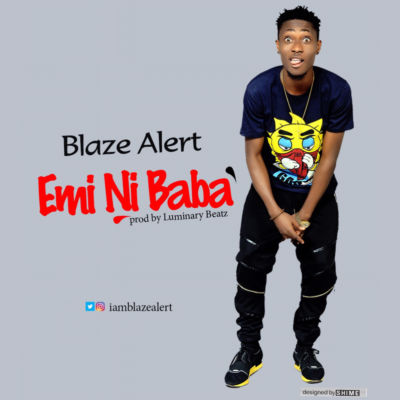 Blaze Alert who is simply called Alert, visited Don Jazzy, Dr Sid and D’Prince @ Mavin Studio some weeks back and has been making wave following the release of his refix to Reekado Banks song titled STANDARD

This has inspired his music as he dishes out new dope tune “Emi Ni Baba“.He’s simply talented with the way he killed the song. Twitter/Instagram @iamblazealert