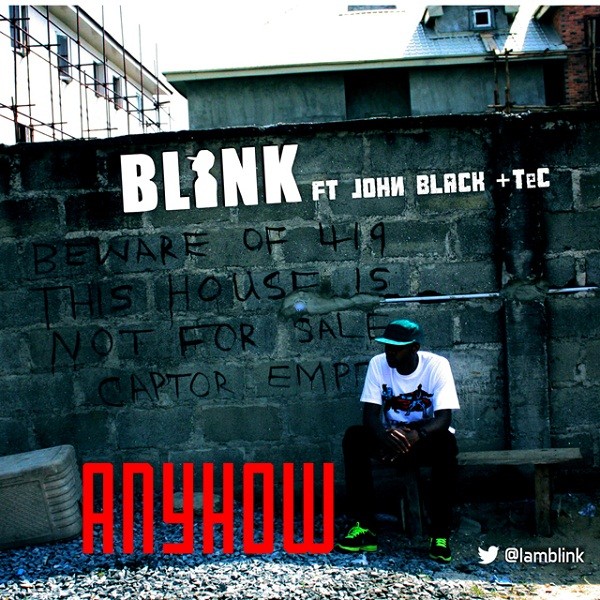 It is a new year and Syndik8 Record’s Blink has his eyes on the money anyhow as he delivers a hot rap number called Anyhow with Show Dem Camp‘s Tec and producer/artiste John Black. Blink’s fast rising club single Oya Twerk doesn’t sound like this record as this is a pure and brilliant afro hip-hop track with engaging lines and delivery you don’t want to to told about. Hip-hop is still alive in 2o14, download and drop your comments.