Born in Cross River State, grew up in Lagos. Boogey (David Iye Odey) AKA Brain always was good with essays and narrative writing. The love for hiphop was therapeutic during his teenage years, a time of self expression and the feeling of being misunderstood. Began to breathe rap music with influences like Talib Kweli, Tupac, Jay-Z, e.t.c. Years later, while studying for a 1st degree in a University in Morocco, the passion evolved and he started to record tracks for the love and fun of it until listeners told him he was the truth and he realised the path had chosen him.

.Here are 2 brand new singles off his mixtape (ART-IFICIAL INTELLIGENCE) which he is currently working on.  HERO Feat. C FRETBELIEVE ME Featt. ADEBZ 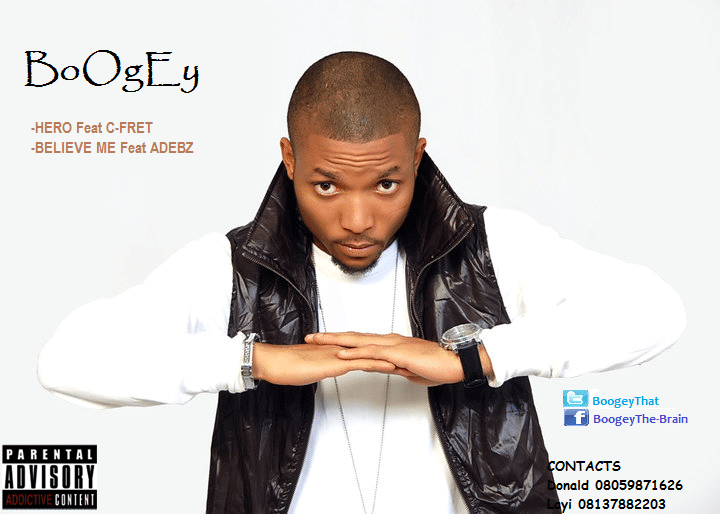 Boogey – Never Have to Worry

Zee – Bring it Back f. Boogey