Breaking!!! Mr P Set To Battle His Brother; Rudeboy In Court After He Used His Picture To Promote His Show In Angola 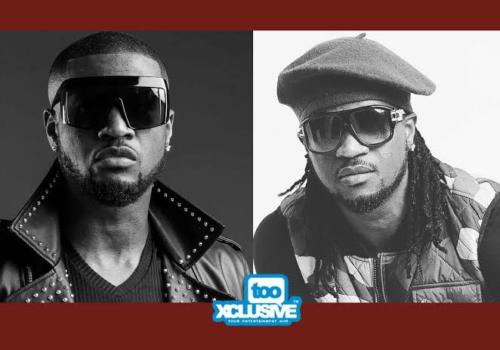 Could there be another trouble looking to fuel the already existing bad-blood between former P-square brothers; Peter (Mr P) and his twin brother, Paul (Rudeboy) Okoye?

Mr P took to his Instagram page to reveal he would be filing a law suit against certain promoters in Angola who added his picture to a show only his brother; Rudeboy would be performing at in order to give it a robust look.

He wrote; “Na Wa o! So they needed my image to sell their show Angola. This promoters @pubfoureventos you’ll be hearing from my lawyers soon.#UnaDonFindMyTrouble.”

Mr P has however expressed his disappointment as he feels it is wrong for his brand to be used in selling a concert he knows nothing about and he has promised to take the issue to the court of law.

Meanwhile after posting the message on the gram, some Psquare fans stormed the page, attacking Mr P for not putting into consideration his brother’s presence at the concert before taking the decision to sue the promoters. They therefore feel he isn’t taking the case to court because of the promoters but more because his brother would be performing at the show.

They feel he feels so much hatred for Rudeboy and wants him down at all cost.

Although Mr P has cleared the air that his decision has nothing to do with Rudeboy but the promoters, some fans still feel it’s false as he seeks to destroy his brother.

Na Wa o! So they needed my image to sell their show Angola. This promoters @pubfoureventos you’ll be hearing from my lawyers soon. #UnaDonFindMyTrouble. SWIPE LEFT