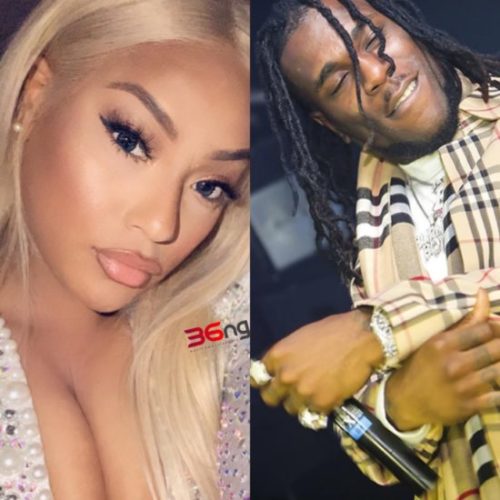 Burna Boy’s girlfriend, Steflon Don has revealed herself and Burna would be getting married soon.

She made this revelation while she was being interviewed by beats one radio in the United Kingdom.

The interviewer quizzed her on some topics about Burna Boy and she gloriously replied, “Oh my gosh that’s my husband!”She also pressed further when she was asked more questions about their relationship.

She revealed they would be getting married very soon. The presenter asked if what they share is serious and she responded, “Yeah! We are gonna get married.”

This is a really clear sign that both Burna Boy and Steflon Don are very much in love with each other and if it finally happens that both music artistes would be getting married, then the industry is in for a truly glamorous wedding ceremony.

“Breaking!!! Steflon Don Reveals Herself & Burna Boy Are Getting Married Very Soon”, 5 out of 5 based on 1 ratings.

Nifemi is a graduate of the University of Lagos. He's a unique user of the pen when it comes to the expression of whatever. He is editor-in-chief of the organization and also a writer of news, articles, editorials and a lot more to help expand the level of knowledge of the readers and simultaneously have them entertained. A lover of music and football is who he is and a Man Utd die-hard.
Submit your comment
9 total comments on this postSubmit yours
Recent Comments
Popular Posts