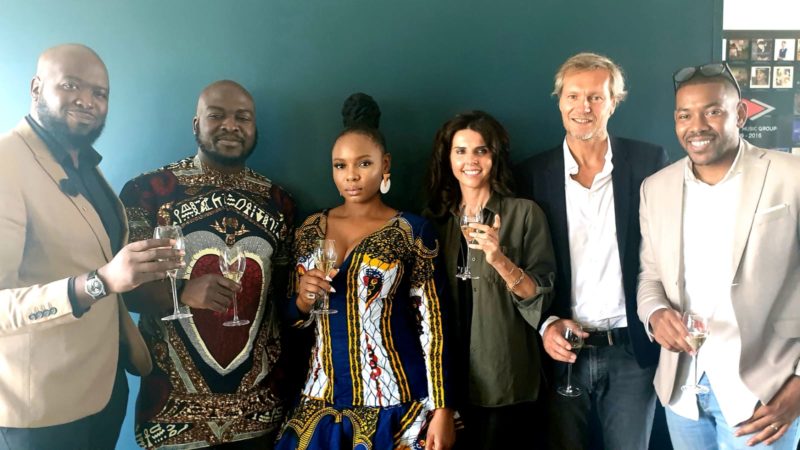 Yemi Alade after signing the Licensing Deal in Paris, France

This licensing agreement, effective immediately, shows UMG’s will to strengthen its position in this part of the world through UMA, and builds upon the enormous success Yemi Alade has achieved with her label Effyzzie Music Group. Yemi Alade is the first African female Afropop artiste to hit over 100 million views on Youtube and VEVO with her smash hit single “Johnny”, which is now the most viewed video from any African female artiste. She is also the first female entertainer in Africa to have over a million subscribers on Youtube.

In making the announcement, Moussa Soumbounou, MD of Universal Music Africa, said, “Yemi Alade is one of the few artists in the history of African urban pop music to reach such a high level of notoriety. We at Universal Music Africa are all huge fans of Yemi Alade and her music and with what she has already accomplished with Effyzzie Music Group, we believe that our new partnership will only further elevate her superstar status globally. We are excited and proud to support her in this new phase of her career and help her reach even greater heights.”.

Olivier Nusse, Chairman and CEO of Universal Music France, said, “It is a real opportunity for Universal Music to have the confidence of such an artist. Her talent and impact on African and even world pop music are undeniable, and it is with great humility but even more ambition that we will support his project, with the help of the other subsidiaries. Africa is more present than ever on the world music scene, and Universal Music Group through such a partnership, confirms its ambitions, but also its leadership.”. 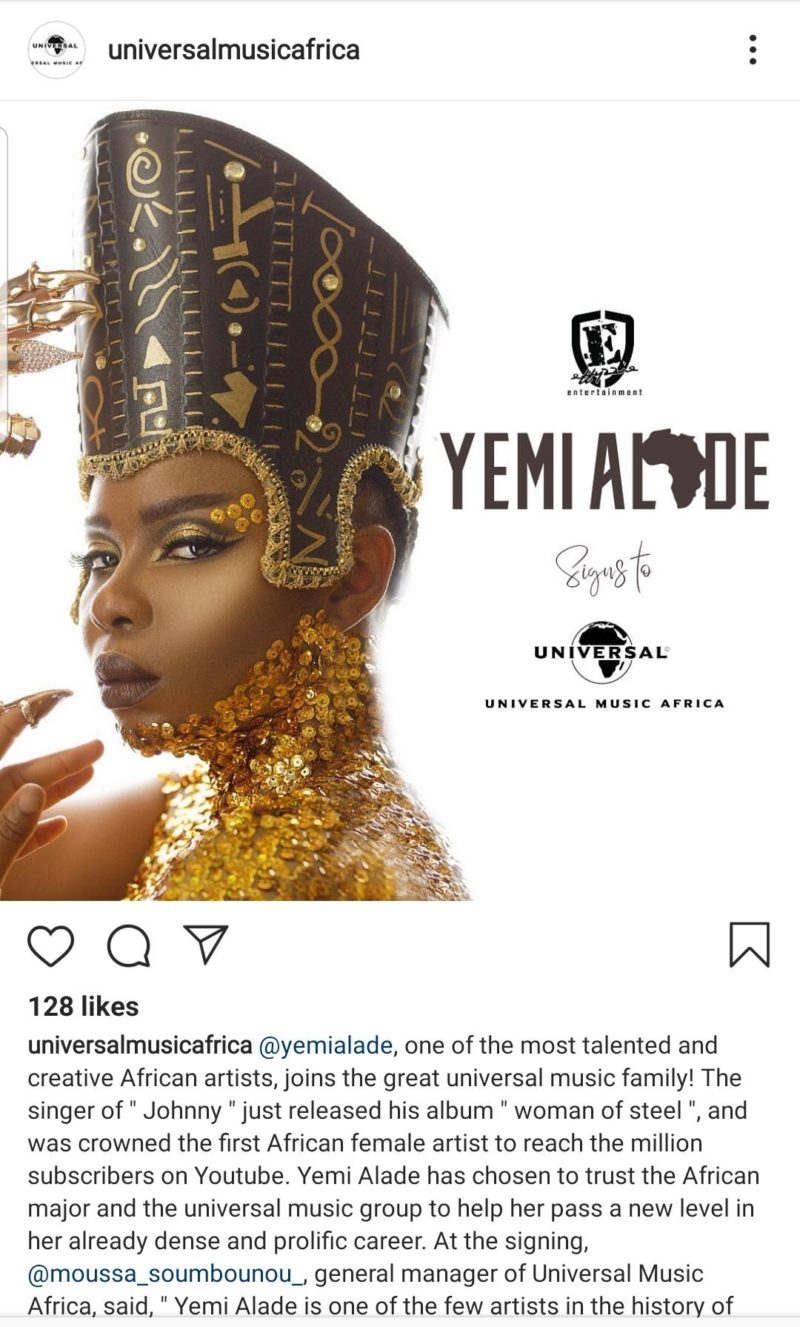