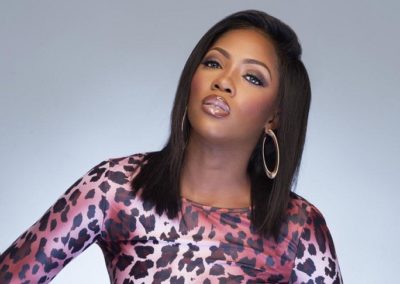 The integrity of the organizers of the Abryanz Style and Fashion Awards is being questioned by fans of sexy Tanzanian singer, Vanessa Mdee for awarding Tiwa Savage the most stylish female artiste in Africa, at the 2017 edition of the continental award ceremony. The criteria for selecting the recipient of the award is said to be based on votes and Vanessa Mdee is reported to have earned more votes than Tiwa Savage during the voting campaign. It is reported that the Tanzanian beauty also out did the Ma lo crooner in the number of hashtags garnered and her fans are crying foul, suggesting that the Mavin Records first lady might have paid for the award. 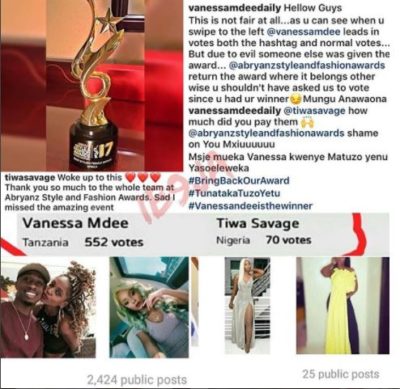