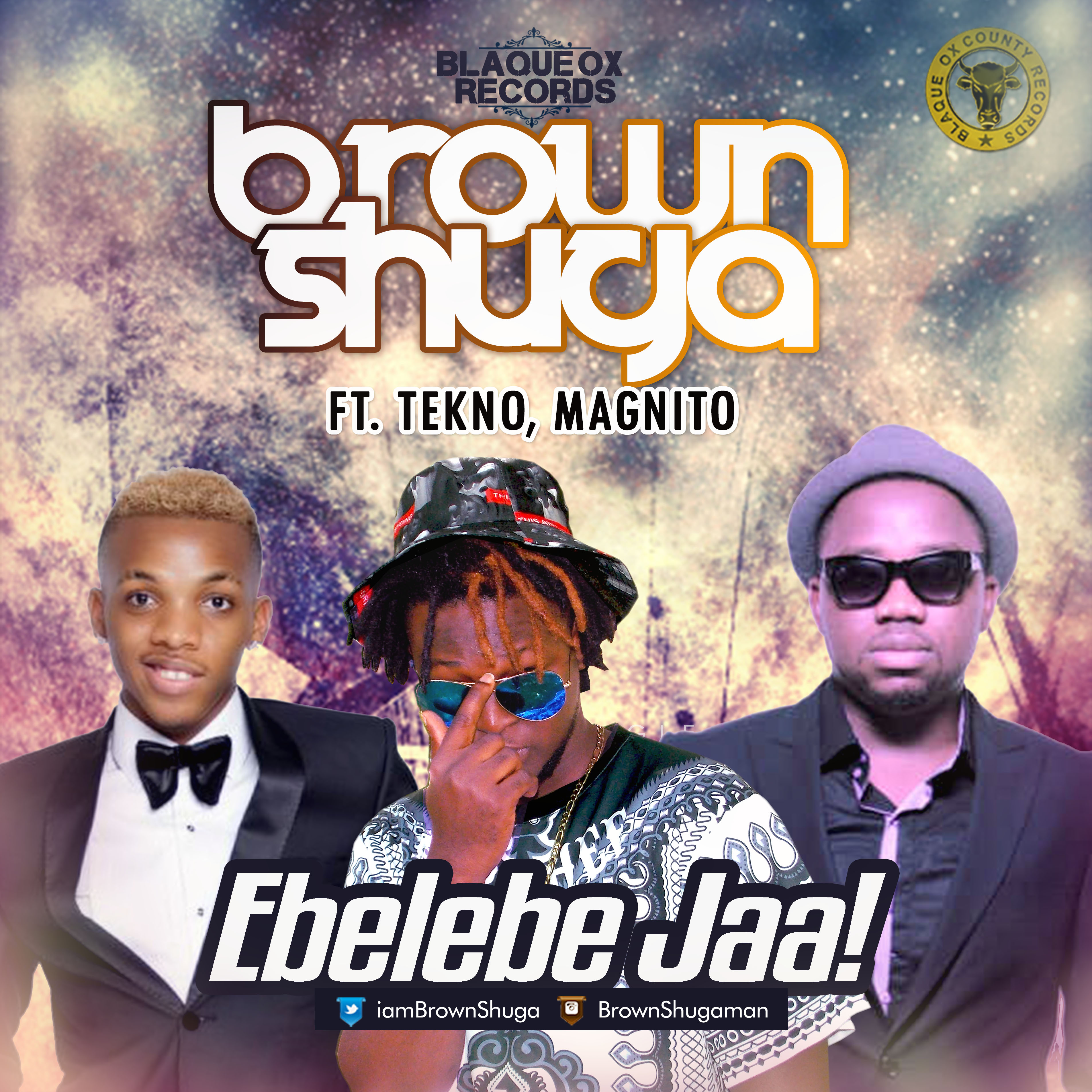 Dancehall Artist, Brown Shuga has released yet another new single titled Ebelebe Jaa!. The song which was produced by TripleMG’s, Tekno, featured one of Nigeria’s top rappers, Magnito & also features the Tekno as well.

Brown Shuga came into limelight in the music industry late last year with 2 singles, “In My” ft. Tekno and “Have Mercy”, both produced by Tekno. He has also shot videos for the two songs, with Patrick Elis and Afam D Man, respectively.
Brown Shuga had also earlier dropped a single titled “Gang War” ft. Terry Tha Rapman and was also recently featured by artistes such as Pheroshwuz and Butafly in recent singles. Please take out time, listen to this track and ascertain whether Brown Shuga is true to his word.