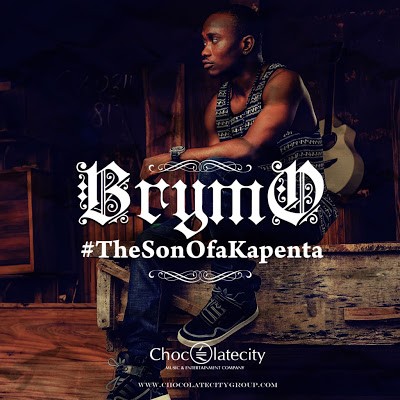 Having had a great year in music, winning the record of the year award at the Headies, and releasing some of the biggest tracks including Good Morning, which is heard in clubs all around Africa and also heavily supported by BBC Radio 1xtra in the UK, #TheSonOfaKapenta is said to be one of the biggest releases of 2012.

The 13-track album features the old classics including Ara, and Good Morning, and new favourites such as Omoge Campus, See Me and Akara. While remaining true to his fuji roots, Brymo proves his versatility as an artist with tracks like Akara and Your Love, which have an international dance feel guaranteed to get you on the dance floor. Expect catchy hooks, exceptional production from a group of talented producers including E Kelly and Jesse Jagz, and a signature Chocboi anthem from the rest of the team- the first lady, Pryse, Iceprince, M.I and Jesse Jagz.