Buckwyld And Breathless: It Was M.I’s World, 2Baba Was Just Chilling On The Map 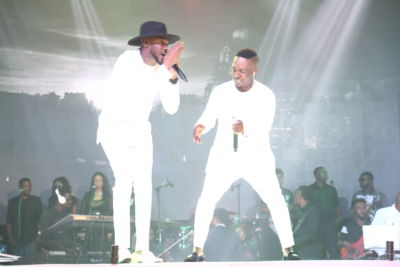 From the beginning of the concert which the organizers touted as the best concert we have ever seen in Nigeria – Buckwyld And Breathless, also dubbed ‘The Disruption’ struggled to live up to the expectations suggested by it’s name.

The September 3rd concert headlined by the iconic – 2Baba and rap mystro, M.I Abaga started three hours behind schedule and as if we hadn’t suffered enough they near bored everyone to death with the pre-show documentary.

Finally the impeccably dressed host of the night – Andrea Blaze swaggered unto the Eko Hotel Convention Center stage to kick off the show, beginning with a crop of upcoming artistes. The  A&R team could very well have put in a little more thought into selecting the artistes and consequently the arrangement of their performances as it pretty much looked like they had just shoved out the artistes who were ready without a care as to how this might affect the progression not to mention vibe of the show. Regardless, artistes like Ruby, Ckay, Dice Ailes, Terry Apala, Brenda (The Voice), MI2, Acetunes and Yung L aced their performances. 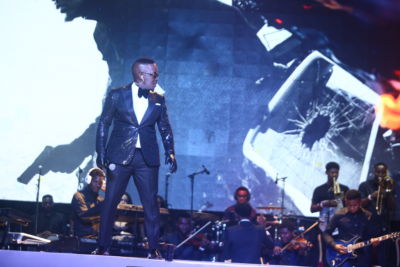 The show proper eventually begun thank heavens. M.I Abaga stepped onto the stage decked to the nines as he opened with a James Bond inspired act, cheesy as it might have been the rapper hit the ground running with an energetic performance of his Brymo assisted record – Action Film, which certainly gave no room for missing the ex-choc boy.

His performance that night was a testament to his talent and charisma not to mention depth of his discography. Favoring the crowd pleasing numbers he maintained a back and forth between old and new numbers with a rich use of his mice-en scene.

He transitioned from his opener to Undisputed Champion, and then a surprising mash up of Short Black Boy and Mavin Gaye’s Sexual Healing. 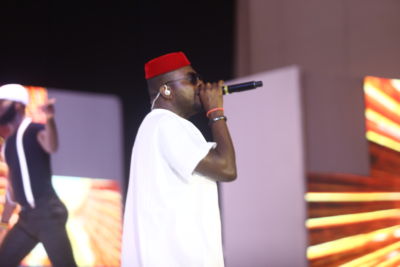 M.I knew just how to send the crowd into ripples of excitement and he did that with his former arch rival, Kelly Hansome who he brought on during his performance of his track Beef, which was directed at the later. He then left the stage for Kelly Hansome to perform his hit single “Maga Don Pay”.

The atmosphere stayed in M.I’s favour as he performed tributes to three rap veterans, Modenine, Eedris Abdulkhareem and Ruggedman. With Ruggedy hitting the stage to perform “Baraje”.

M.I’s set brought to light the three of the most important things in his life – music, family and his city, Jos. One of which, was evident when he brought out Choc City boys, Jesse Jagz, Ice Prince, Nosa and a friend of the family, Djinee as they performed some of their old and new collaborations.

Along with Nosa, he delivered an emotional performance of his song Brother, which is safe to say drew a few droplets from the crowd. Ice and Jesse then went on to perform Oleku and Wetin Dey to a delighted audience. 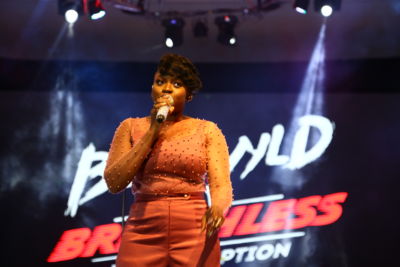 Waje didn’t dampen the mood one bit even as she stepped on stage to give a brilliant rendition of the melancholy reggae record – “I Wish”. M.I joined her on stage for One Naira and boy did Waje hug the spotlight to herself with her pitch defying vocals and brilliant adlibs.

M.I rounded up his epic one hour with a delivery of Wild Wild West (an Ode to Jos), the Praiz assisted Epic, and African Rapper Number One, which was fitting a finish to his stellar show.

Now the question on the lips of many as we entered into the early hour of Sunday morning was how on earth would the legendary 2Baba top M.I’s performance? Well, let’s just say 2Baba did not disappoint, and by that we mean he didn’t come close to topping M.I’s fierce set. 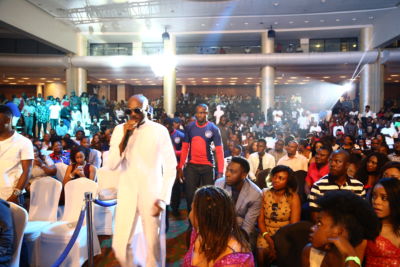 2Baba kicked off his performance with a cringe worthy real time version of Emma Ugolee’s The Gist, featuring Osagie Alonge and AY Makun. The iconic singer surprised the crowd as he stepped out of the audience (score one for the surprise element) he then went on to give an ultimately forgettable performance of a couple of his collaborations with M.I Abaga, and then Sound Sultan joined them on stage for Human Being. Just as M.I Abaga took his leave for the night for 2Baba and Sound Sultan to proceed with Ole, there was a little bit of a disconnect as instead Cobhams mounted the stage to render a beautiful version of Blood on the Dance Floor, and I daresay that was pretty much the highlight of 2Baba’s segment for that night.

Where M.I Abaga stuck to his script 2Baba veered completely off script as he joked and even joined the audience off stage at one point. 2Baba did manage a few fine moments such as his performance of OJB Jezreel’s “Searching” with the late producer’s son Ayokunle Okungbowa. OJB might have died but he certainly didn’t take all his talent with him. 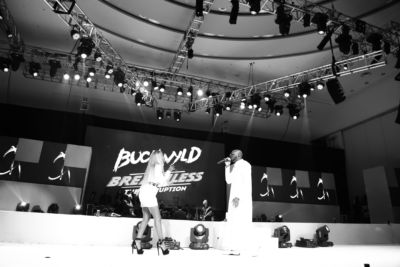 2Baba was joined on stage by Vector, Ruggedman and Tanzania’s Vanessa Mdee. Although 2Baba did give a complacent performance the crowd was very forgiving. For a night tagged Buckwyld And Breathless, the man could have put in a little more effort.

While there were two headliners, Buckwyld And Breathless had a definite standout star and it sure wasn’t the innocent one.