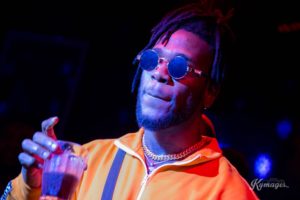 The court case against Burna Boy on his involvement in the robbery attack suffered by Mr 2Kay, was earlier scheduled for February 19th but has been adjourned till April 17th, 2018. This new development was revealed by the prosecution counsel.

Surprisingly, both parties involved in the case were not available at the court as it is said that Burna Boy is away in the UK promoting his new album, Outside while Mr 2Kay is in South Africa where he performed at the live eviction event of the reality TV show, BBNaija.

However, both parties to the suit weren’t available on the day of the sitting as it is reported that Burna Boy is in UK promoting his recently released album while Mr. 2kay is yet to return from his South African trip where he perform at the ongoing BBNaija show.