Burna Boy Says ‘Afro-Beat Is Dead,’ Reveals What Wizkid, Davido & Others Do || Watch 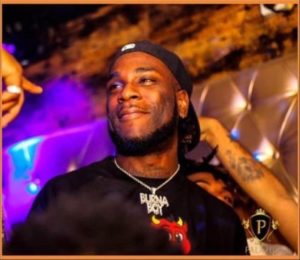 Burna Boy prior to his last UK show, did an interview with BeatFM, London where he talked about his music, previous shows and how music should be considered successful.

The “Ye” crooner says in the interview that he is shocked as to why people judge the success of music on the number of streams it amasses rather than the impact the song makes on the lives of people. After the interviewer talked about music being judged by numbers, Burna boy disagreed and asked why it should be so. In his words, he says ” why don’t you care about music, why do you care about numbers, do you listen to numbers, do you get feelings from numbers, when you look at numbers what feelings do you get?”

He further went on to say “Why do you have to measure with numbers? You should measure with like, how many lives I’ve touched or like how many songs i have inspired…”

Burna boy did not only stop there, he also talks about why it is important for an artiste to go back to his root (home country) in order to be accepted outside of it. He says ” You have to go and see, and know and understand and become…”

Nifemi is a graduate of the University of Lagos. He's a unique user of the pen when it comes to the expression of whatever. He is editor-in-chief of the organization and also a writer of news, articles, editorials and a lot more to help expand the level of knowledge of the readers and simultaneously have them entertained. A lover of music and football is who he is and a Man Utd die-hard.
Submit your comment
9 total comments on this postSubmit yours
Recent Comments
Popular Posts