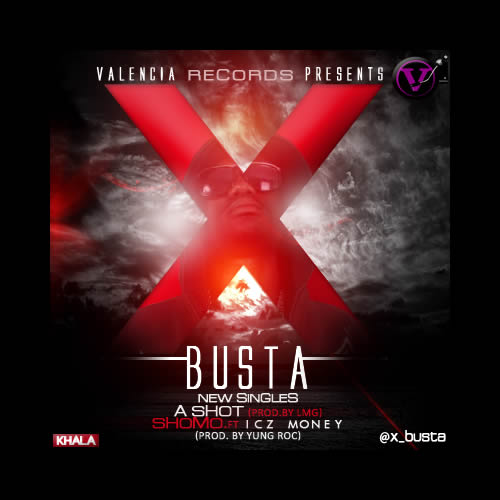 Presently signed to “Valencia Records” as their first and most promising act, X Busta is out with two heavy singles “A Shot” produced by “LMG” and “Shomo” produced by “Yung Roc”. Listen up!

X Busta aka Golden Chinedu Okafor is a student of the Imo state Federal University and interestingly he is the “Director of Socials” at the moment and has made an impact in virtually most parts of the east. With his very remarkable ability to freestyle on stage with any word thrown at him or spontaneous use of anything or anybody present, he always keeps the crowd at attention.

He is known for always leaving an indelible mark on the heart of d audience in any show he is called upon to rap.  Just recently, he was added to the ongoing nationwide Star Trek line up after being endorsed by MI and Dr Sidwhen he wowed them with his talent.