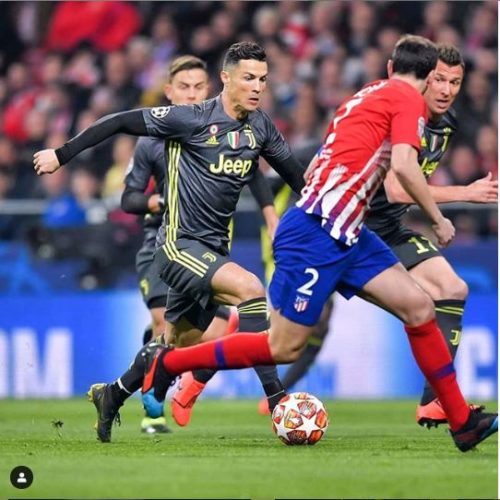 After losing by two goals to Atletico Madrid in the first-leg of their Uefa Champions league knock-out stage encounter at the Wanda Metropolitano Stadium in Spain last night, Juventus have now been tipped by bookmakers to be the crashing team of the two teams after the second leg in Italy.

The return leg which comes up in a fortnight at the Allianz stadium in Italy will be a serious cracker as Juventus will be looking to fight with the last drop of their bloods to make sure the 2-goal advantage of Atletico Madrid does not facilitate their exit from the European competition.

But with Atletico Madrid being a team that rarely concede goals, do you think Juventus would be able to turn the tide around with Cristiano Ronaldo’s influence by qualifying for the next round at the expense of the Spanish outfit considering they will be needing to score three goals and also stopping their opponents from scoring?