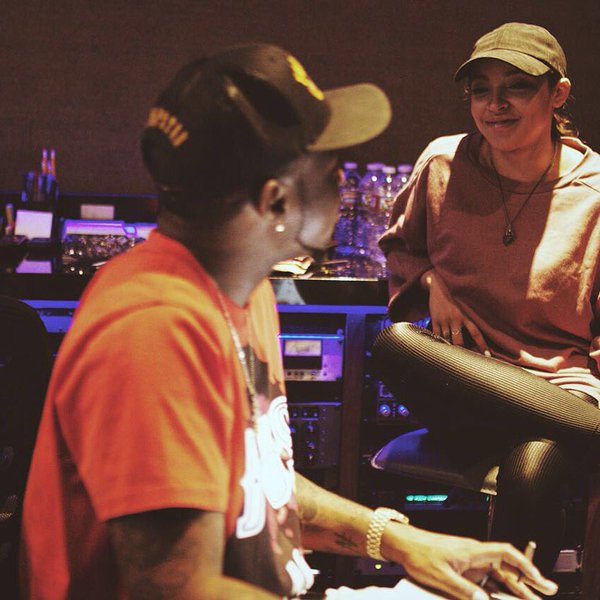 Davido, is set to take the world by storm.

Davido, who earlier on promised to deliver the best sounds yet on his forth coming album, seems to be making good his promise as a host of talented international artiste have been confirmed and rumored to be featured on the album.

The Sony Music Global act, who is presently in the USA, tweeted a picture of himself with American singer Tinashe in a studio. and wrote:

Guess like his bff Wizkid, Davido is implying and hoping Tinashe can help him snag the number one spot on international music charts.