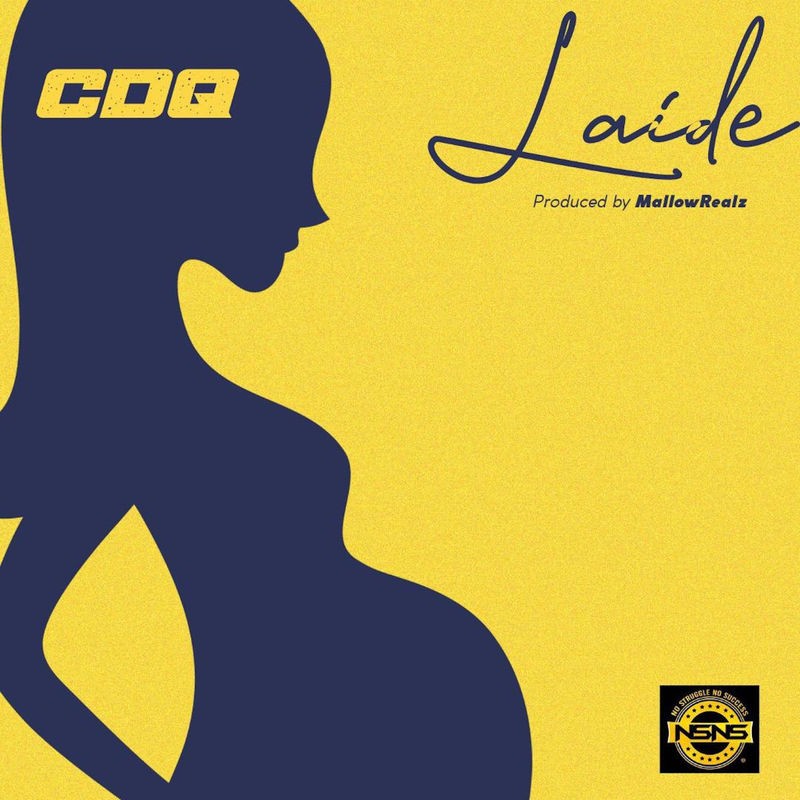 Woss! the only 1 CDQ returns with a new indigenous melody tagged “Laide”, produced by Mallow Realz.

No Struggle No Success (NSNS) Boss CDQ serves his fans a brand new single titled “Laide“. This a follow up to his 2020 debut “Owo” where he called on his money geng, the ones that hustle the Bag, spends, and blesses others.

The new record “Laide” is a cool tune with a story groove. A song produced by Mallow Realz. CDQ talks to us about his Yoruba girl named Laidee who took his pregnancy (unborn child) to meet up Davido and Wizkid. He further shares her dirty acts and infidelity…

You want to leave me cause you want to fornicate
You buy me soap for house make I dey m———
Biko my naija people, wetin dey occulate oh
Na so so the same olosho we dey patronate
Shalla to my Aboli for the golden circulate oh
How many many many men wey don penetrate

CDQ has come a long way in the music industry and the release of his 2020 debut single titled “Owo“ has shown that he has a lot more in store. The record produced by Jay Pizzle rocked the clubs and definitely the streets. It’s got some elements that make it stand out from Ibile Mugabe’s regular tunes. On the track, CDQ calls on all the money makers and spenders because ‘Money’ is the most important thing to him. He, therefore, implores his fans to be like him who is ready to learn any language that money speaks. ‘Owo’ implies to ‘Money’ and we all know what it commands…