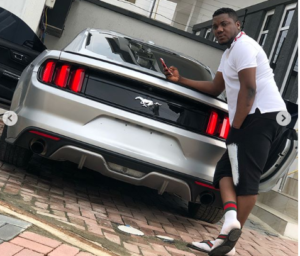 You would recall there was a time we brought you news about CDQ claiming his 4 million naira pendant was stolen at a show he performed at.

It has now been reported that the pendant has been returned by a certain good citizen of Nigeria by name Adebayo.

Adebayo recovered the pendant and then returned it without asking for a penny. He has now been honoured for his act of integrity.

The young man was given a honourary certificate of recognition at the Gani Fawenhmi Impact and Integrity Awards on Monday. CDQ has now promised to be a ‘backbone’ for the guy for life.