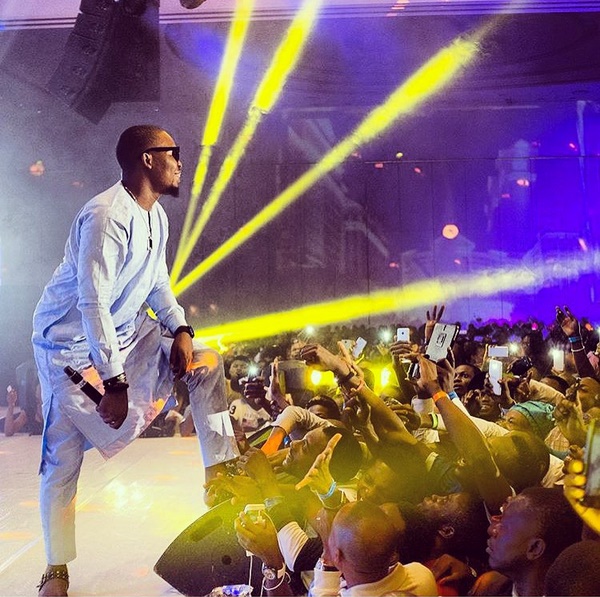 More times the artiste, more times the man. Olamide really can do no wrong in our eyes. Of all the giftings that any man can boast, Olamide decided that his penchant to making it in life would reside in the business of music and since submitting totally to that resolution in the year 2000, the road has led only one way. UP!

Being a native of Bariga from Lagos State, Olamide’s music has chronicled excerpts of his activity-filled life which includes typical childhood dreams, hustler’s ambition and up till the point of finally attaining the deserving fame. The particular relish in these records will be the fact that they are executed using language influences from his local dialect, Yoruba, as a means to relaying his cultural roots.

Just like the tale of many superstars today, Olamide’s foray began on the rough and turgid streets which held no particular promises other than fear, insecurity and an impending loss of self for any with such big dreams. Olamide remained undeterred, even serving time as a studio rat – shuttling sessions in and around his host locale until he got signed by ID Cabasa under whose belt, he released his widely acclaimed debut, Rapsodi. Whilst still building his prominence to becoming the artiste of his design, Eni Duro officially announced his budding star prowess, later on sealing his feature with Nigeria’s then hottest kid on the block, Wizkid on the song Omo To Shan.

Growing amidst a herald of praisers and bashful critics, he cut ties with ID Cabasa’s Coded Tunes label to start up his self-owned outfit YBNL, which otherwise became the stylized text for his second studio album Yahoo Boy No Laptop released in 2012. His consistency is a feat that has continued for another consecutive amount of years, birthing volumes of over-the-counter music mixes with finitesimal counts on awe-inspiring hits.

Olamide’s vision has since remained an odd wonder to a myriad of folks who perhaps never predicted this present state of abundance that his life has appreciably advanced to. YBNL is presently home to Young John and Pheelz, 2 of the industry’s most sought-after producers in the afro pop and dance categories. It also houses Lil Kesh, who in some opinions was the hottest contender for this year’s Next Rated and perhaps the most talented of the crew. There’s Adekunle Gold, an afro alternative singer/songwriter and performing artiste who is leaving significant imprints with notable releases in the industrial terrain, as with Viktoh, Chinko and DJ Enimoney – all factions that complete the pack, just for the sake of it.

YBNL has grown beyond just a music brand. It has evolved into a movement, having an ardent membership of blind-trusted loyalists and braggadocious youths, all laying claims to origins in the streets but yet faking benevolence should the need for such arise. Regardless, all of this has been made possible because one man dreamed it to be so and has vested himself into ensuring that dream one day becomes a reality. Reasons won’t be out of place if the industry decides to stand still for her very own – a talker and a doer, a mover and a shaker, a champion of the streets, a proud bred of the Western soil, an activist and vocal piece of the trodden – none other than Olamide Adedeji, king baddo!