Check Out The Conversation Between Blackface & 2face Over Alleged Song Theft 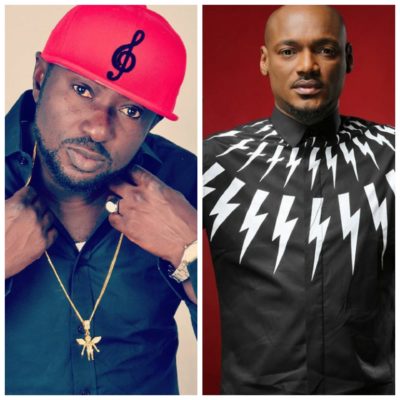 The secrets between two members of the defunct Plantashun Boiz group, has been made public by the one generally seen as the “hater.” Blackface Naija has released the 2014 conversation he had with 2Baba over the ownership of the song, “Let Somebody Love You” released and performed by 2Baba.

In what looks like a short DM chat beetween 2Baba and Blackface, it can be deduced that Blackface actually came up with the “vibe” to the song which 2Baba recorded and released. The conversation shows how Blackface challenged 2Baba for using his (Blackface’s) “vibe” without due permission but 2Baba responded by saying he asked for Blackface’s permission, stating that Blackface might have forgotten.

Read their conversation below. 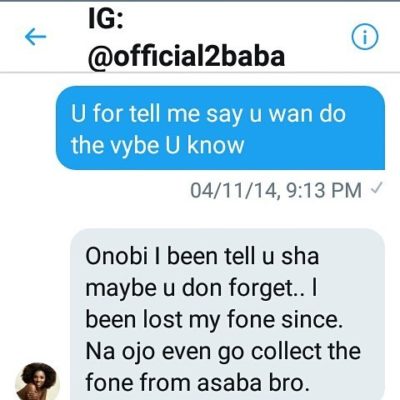