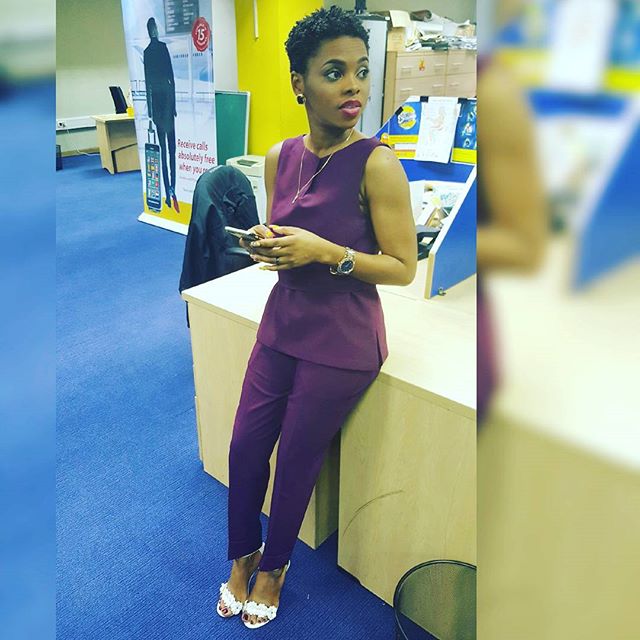 Beautiful Nigerian singer, Chidinma, has demanded an apology from City FM after one of its OAP’s; Benny Ark said KizzDaniel’s “Fvck You” song is about her.

Chidinma who has been off music scene for a while now, has demanded that an apology is tendered to her as her  lawyers; Shonaiya & Co have formally  written to City FM to tender a public apology and also make a retraction of “defamatory” statements in which its OAPs have put out. 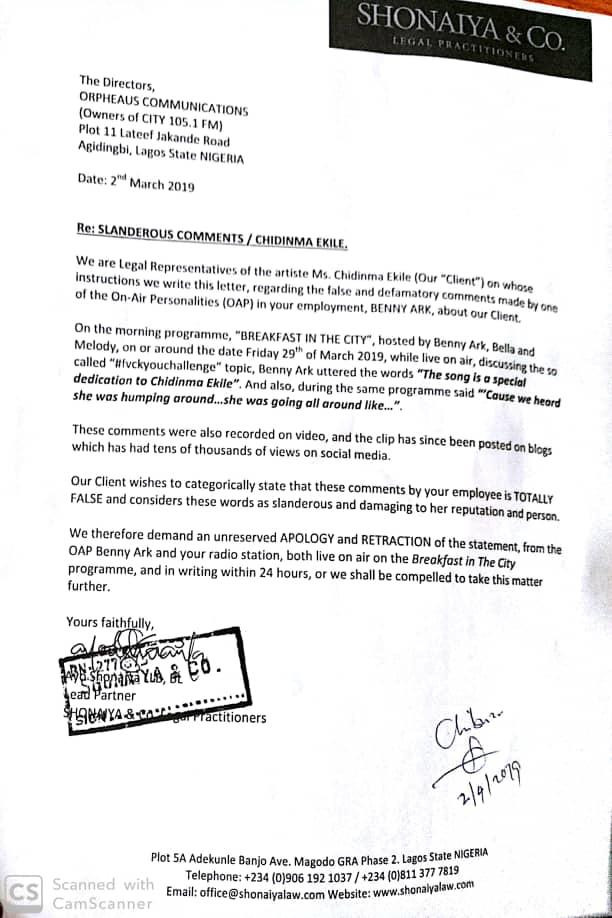 Chidinma’s lawyers had a conversation with Linda Ikeji Blog and they told them they have already put forward the request to City FM and that how they respond will determine what they do next. “this is just a Notice to the station and the OAP to retract his comments and apologise to Chidinma because those statements are false and defamatory,”Ayo Shonaiya said.

Kizz Daniel’s “Fvck You” song which is about the story of a girl sleeping around as been a challenge for other musicians and up and coming artistes in the industry as they are already doing a cover to the song.

One of the reasons that could have made the OAPs make such comments could be because of the one time news that rocked the internet about Kizz Daniel and Chidinma‘s alleged relationship. Although they didn’t deny the relationship or accept it as at then, but they were always seen together. It could be insinuated that the OAPs feel Kizz Daniel expressed why his relationship with the former Project Fame winner did not work in“Fvck You.”