The #CHOAMVA14 Twitter League Goes To War! Where Do You Stand? 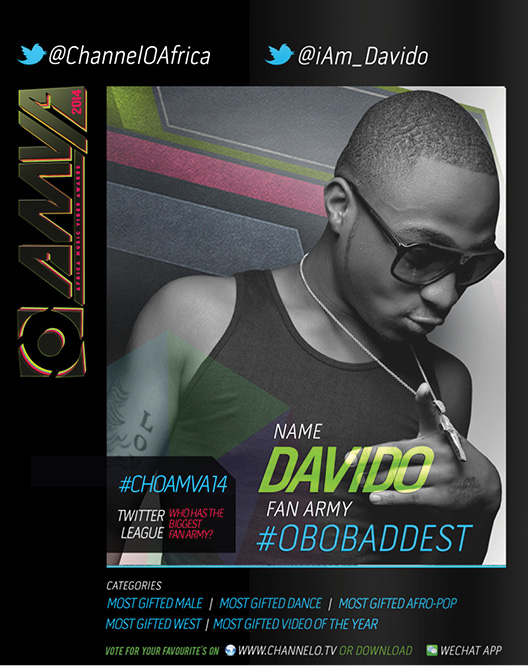 How far would you go for your favourite artiste?

The stakes have just gone higher as the countdown to Africa’s biggest music award show heats up. This time around, the nominee fan armies will be proving their allegiance to their favourite artiste by voting en-masse until November 21, when voting ends.

“The #CHOAMVA fan army drive is back!” announced Leslie Kasumba, head Channel O Africa. ‘’This time, Africa’s biggest artistes will be determined by the number of votes their fan army can generate for them. It’s time for true fans to push their artistes to win!’’ she added.

Twitter League will premiere on Channel O on the 10th of November at 15:30 Nigerian time and is voiced by DJ Black who will give daily updates on whose fan army is ahead of the league.

Here are your Channel O Music Video Awards Nominees and their Fan armies: