#CHOAMVASuperfan! Win All Expense Paid Trip With A Friend To The Channel O Africa Awards In South Africa 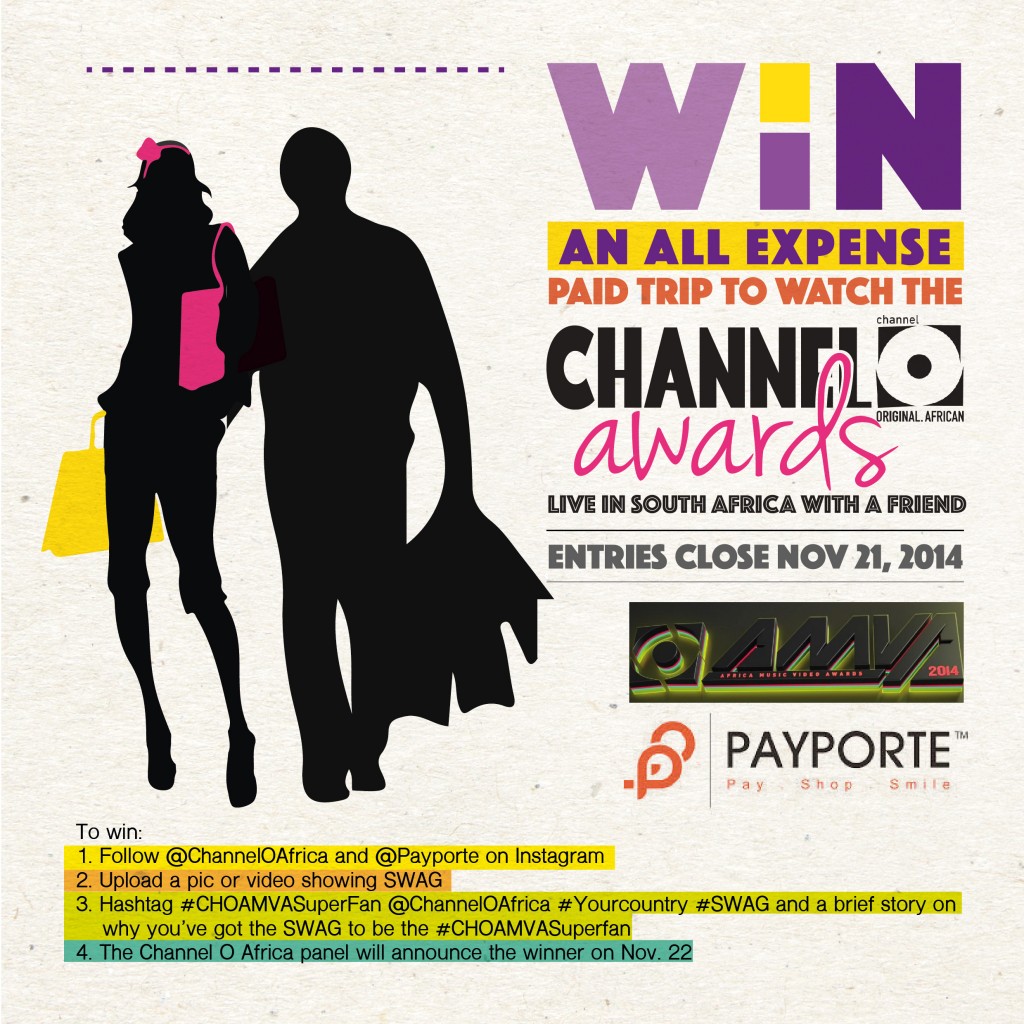 Wanna fly to South Africa as a VVIP for the CHOAMVA14?

It’s a VVIP affair for a lucky fan and a friend as Africa’s biggest music channel Channel O Africa searches for a Superfan who will win an all-expense paid trip to South Africa for the Awards on the 29th of November. The winner also gets to attend the Awards with a friend and takes home shopping money and vouchers from Payporte.

‘’The dream of one lucky fan is about to come true‘’, remarked Leslie Kasumba Head Channel O Africa. ‘’The #CHOAMVASuperfan is about rewarding our most loyal fans online with the support of our Afro pop category sponsor Payporte‘’

The #CHOAMVASuperfan contest will be taking place on the official Channel O Africa Instagram page @ChannelOAfrica where the first follower to answer all the questions correctly becomes the Superfan. A winner will be announced on the 22nd of November. The 11th Annual Channel O Africa Music Video Awards will take place at Nasrec in Johannesburg, South Africa. It will be broadcast live on channel 320 at 8pm C.A.T