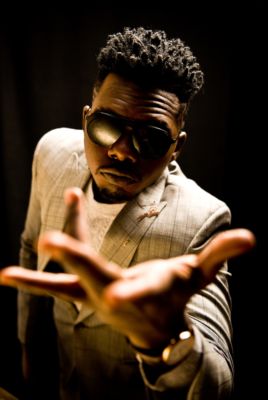 After losing both parents within a space of two months upon entering his teenage years, Eric Onyango Omollo better known as Qritiqal, turned to music as a cathartic expression of deep seated feelings no one should endure at such a young age.

Born in 1989 and raised in Mombasa Kenya, he ventured into music through school festivals. He hung out with local artistes who mentored him through his personal struggles, including the loss of one of his siblings, as he passionately pursued music as both therapeutic and a career path. After a chance meeting with Gyptian at a local show, he was inspired to record original material and debuted in 2010 as a sensational dance hall artiste with the single “Weak Inside” – a nation-wide hit.

The single won him the Best Video of the Year 2010 at the Nzumari Awards and the Best Video of The Year Coast Music Awards. In 2012, he dropped another hit single “Kupe” where he was featured by Ogopa Deejayz Artist and Guru Col. Mustafa. Having also shared a stage with the likes of Jaguar and Sauti Sol, he decided it was time for him to pause and develop his own unique sound, later on meeting and collaborating with local producer, Motif_On_The_Beat (Morris Kobia). Their collaboration produced successful Dj Dubplates for local Djs, at a time when he also doubled as a jingle maker for some advertisement agencies.

His consistency and passion for music developed Qritiqal’s signature sound; a go between dancehall, soul and R&B, where his high tenor range, in contrast with his laid back delivery gives him a unique tone and flow. This had him hand picked for the theme song of Kenya’s legendary DJ Joe Mfalme. Still, success and the right attention seemed to elude him as he kept doing pro-bono gigs while trying his best to cater for his younger brother and only surviving family member. He eventually settled in Nairobi – the music capital of Kenya, where he was discovered by Chocolate City Music Kenya, the sister company to Chocolate City Music Nigeria; home to internationally known acts like Ice Prince Zamani, Koker and MI Abaga.

Get ready Africa, it’s about to get Qritiqal.

“Chocolate City Signs Kenyan Artiste, Qritiqal”, 5 out of 5 based on 1 ratings.