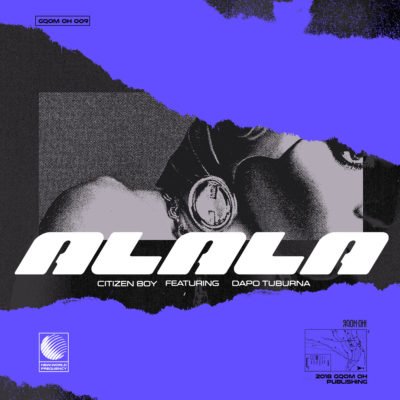 Gqom Oh! is proud to present its new single, this time travelling through the African continent. We are very excited for this experiment in connecting two of the most exciting music scenes from the Motherland. South Africa and Nigeria are here represented by our very own young talented Dj / producer Citizen Boy from Durban and the Nigerian singer Dapo Tuburna, bringing the excellent Lagos vibes with the gqom-afrobeats song “Alala”.

On the B-Side you can find “ Gqom Fever” – an instrumental track with the hard taxi kick and an addictive melody which will satisfy the dark-hypnotic-gqom fan base.

Dapo Tuburna says about the lyrics “Under the influence of our sound ‘Gqom’ , you need no approval to dance, to have fun… except if you’re a zombie… and even if you’re a zombie you can copy our dance moves and step along with us!”

The Digital single release is set up for the 30th of November, anticipating the Citizen Boy Ep “Gqom Fever”, out summer 2019 on Gqom Oh!.