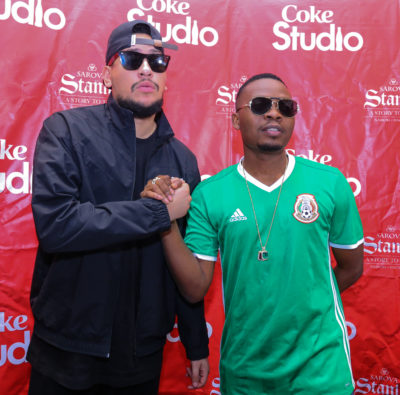 When certain people keep making waves back to back, we can’t help but talk about them! Recently, Nigerian rapper, Olamide, earned a new level of ‘street-cred’ with his new single, “Wo”. Afterwards, he went viral with the “WoChallenge”. Now, the Baddosneh master is set to blow minds with more awesome music as he returns to the Coke Studio stage for its fifth season.

While commenting on his return to this year’s Coke Studio show, the YBNL boss said:

“Coke Studio is a very fantastic initiative. It has given me the opportunity to find out so many things I didn’t know about Africa.”

This year, he teams up with South African rapper and hip-hop artiste, AKA, as well as South African music producer, Sketchy Bongo to create afro-centric rap music that is sure to reverberate this season.

With the entire country either doing the “WoChallenge” or just singing along, it is clear that Olamide is the instant hit that keeps on giving. Are you excited about the musical hits Olamide will unleash on the Coke Studio stage as the show officially hits TV screens on Sunday, October 1st 2017?

We are. You just be ready!