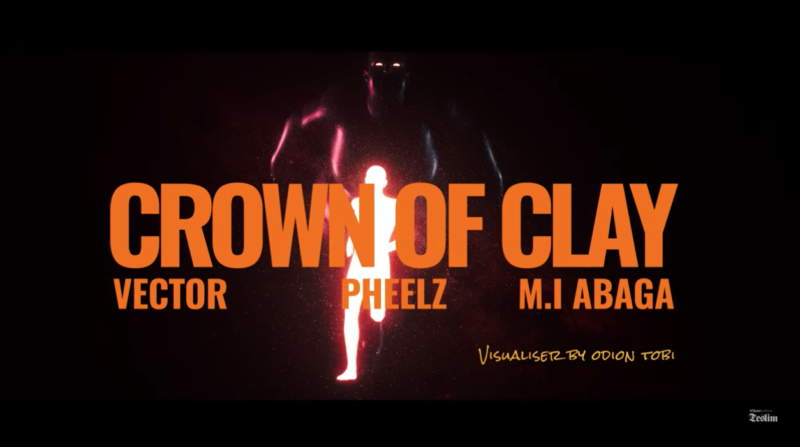 GRAP Entertainment Limited/SoundCore releases the Comic Lyrics Visualizer For the track – ‘Crown Of Clay’ by Vector, MI Abaga and Pheelz.

This Comic Lyric Visualizer of ‘Crown Of Clay‘, tells a story of the mental state in every human, battling with the true essence of their existence or self.

The case study is the mental state of a typical African; which has been wired by so much influences that is non-African, that limits the African man from exercising his full capacity as a human being and as a black race.

Despite all this constraints the African man faces, he will still see the light and still excel: hence, the illustration of the big black over-fed human chasing the other glowing human, signifies how much effort has been put to hold back the African man from finding his true essence as an African.