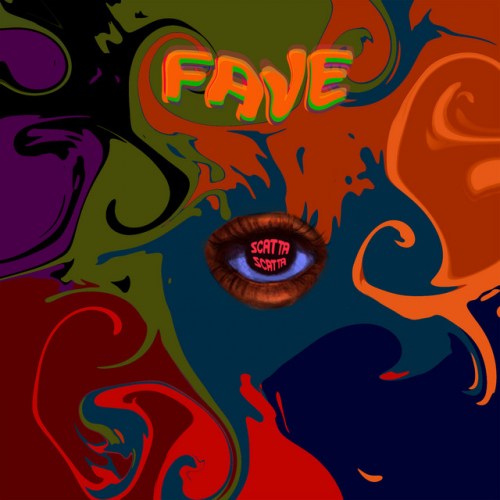 This week, a number of soul-lifting tracks have been listed below to get you bopping all week long. The list consists of songs from the likes of Simi, Fave, Ayra Starr, and some of the gents.

Scatta Scatta is a new track by new school sensation, Fave. The new tracks serve as a follow-up to her previously released tracks. In this new song, she describes her love for a lucky man and details how he makes her feel. She also speaks of what she goes through in the name of love.

Ultimately her man is the only thing that makes her heart skip a beat. Fave came to the limelight following her feature on Olamide’s want.

Loyal is Simi‘s newest addition to her stack. A song that speaks of the true essence of friendship – loyalty and trust. The talented songstress shares that she would not be fooled by an enemy who poses as a friend to her. She goes on to preach to her fans to not get carried away but to pay attention to those who truly love and value their friendship.

Fave, on the other hand, did justice to her verse. They make a beautiful duo and we hope to see more of them.

Simisola Kosoko is a multi-talented award-winning Nigerian artist, who continues to break the barrier

If you’re a die-hard fan of Ayra Starr, please come closer. The Fast-rising music star premiered her 2022 debut single “Rush” recently, and it’s been all love from her fans.

Rush” was produced by Henri Velasco and Andre Vibez and serves as her first single since the release of her debut album “19 and Dangerous”.

The talented Mavin records act confidential brands about her money band and the need to stay on the grind to keep up her status. It’s an amazing song, that is bound to keep you locked.

Vado’D Great is here again with a brand new track titled, Cough (Odo). The track premiered about 2 weeks ago, and we can already tell that it is a potential hit.

It’s a song where Kizz Daniel speaks about his love for his baby girl. According to him, he would love to spill her silly and buy her all the fancy things in life. What’s more enticing about the song is its signature dance which has now gone viral on TikTok.

Cough serves as a follow-up to his previous hit track, Buga. Kizz recently announced that his next album will premier in 2023, Alcohol and Cigarettes.

Young Jonn is a wicked producer and an even more wicked artist.

Following the success of his tracks, Normally and Dada, Young Jonn dishes a new fave to his fans worldwide dubbed, Xtra Cool. This song takes us back to the days of “MTN Xtra Cool” which used to allow us to talk to our loved ones all night.

The singer tells his lover that he can not get her ‘ringtone’ out of his head. The song passes the ultimate vibe test and also has this feel-good vibe to it. Just last week, Xtra Cool clinched the number 1 space on Apple music.

Blaqbonez comes through with a brand new track dubbed, Back In Uni.

Blaqbonez is known to be a versatile body of talent, and on his new track, he went over and beyond by embodying some of our favorite artists in the music industry. The likes of Burna Boy, Ayra Starr, Asake, Buju, and Wizkid. Back In Uni serves as one of the tracks of his most -anticipated album, Young Preacher.

The song was produced by Grammy Award-winning producer, Jae5.

Bella Shmurda and Omah Lay link up to premier the amazing track titled, Philo. Philo, according to the track is the lady of the money Bella shared that they are absolutely nothing he wouldn’t do for his baby girl, Philo. Omah Lay, on the other hand, describes Philo as his personal “Olosho”, adding that he would do whatever she wants for her.

We can only wonder who this Philo is, as it seems like she has both men in a chokehold.

The fast-rising Afrobeat crooner recently made headlines and stirred reactions, after he performed at his U.S concert with a goat on stage.

Talented Nigerian singer, Victony comes through with an addictive jam dubbed, Soweto. Soweto was, without a doubt one of the songs that rocked the month of September.

Victony, on this track, speaks to his lady about his love for her. According to the vocalists, he is going crazy for his lady’s love. Soweto is the 6th track off Victony’s 7-track Ep, Outlaw.

We all know Drill does not do the regular, and that his songs strike a deep chord with the soul.

Well, here is another one from his stack. Multi-talented Nigerian artist and Mavin records signee, Johnny Drill is here again with an impressive song titled, How Are You (My Friend).

The track is a conscious effort for music lovers all over the world and reminds them not to forget to check on their friends. With a back vocal from Don himself, you can bet this one will fly its way up on the charts. It serves as Johnny’s first official single since the successful release of his debut album titled, ‘Before We Fall Asleep’.

“My Album Drops Friday, Even If…” – Blaqbonez

“Tems And Ayra Starr Are On The Same Level” – Daniel Regha

11 Essential Tracks For Your Playlist This Week

We are about to step into a brand new month and we need to prepare you for all the positivity...

Of course, your faves made the list... However, we had to reserve the dominating spots for the man of the...

9 Nigerian Songs That Should Top Your Playlist This Week

Nigerian Songs. February is gradually coming to an end and we know you must be gearing up for a fresh...

"Tems And Ayra Starr Are On The Same Level" - Daniel Regha