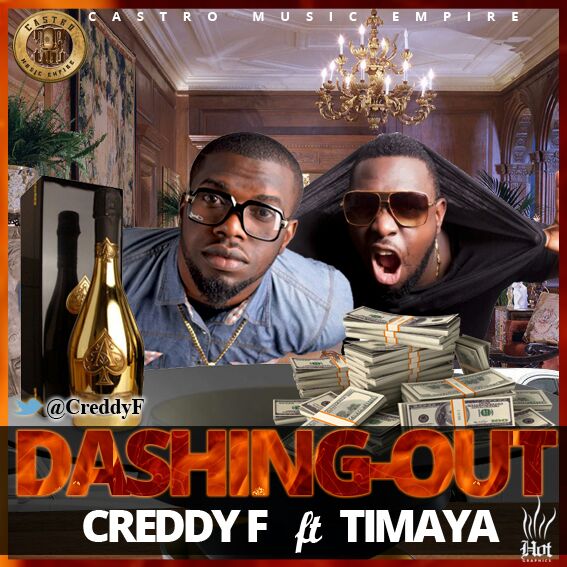 Castro Music Empire number 1 signee “Creddy F” started the year 2014 with the chidinma and phyno assisted hit “Odunayo” and in mid year, gave us another club banger titled “Azuka”, now he collabo’s with naija’s king of dance hall, “TIMAYA” on this tune titled “Dashing Out” Song produced by Seankeyz and co produced by Young D show cases the life style,hustle and also a reason to give out in this dashing out season, the rapper hits the bars with dope punchlines and Timaya comes with a sing along finishing .

Your playlist is not complete without this song ….The video is set to drop in january 2015 ..watch Out!!!